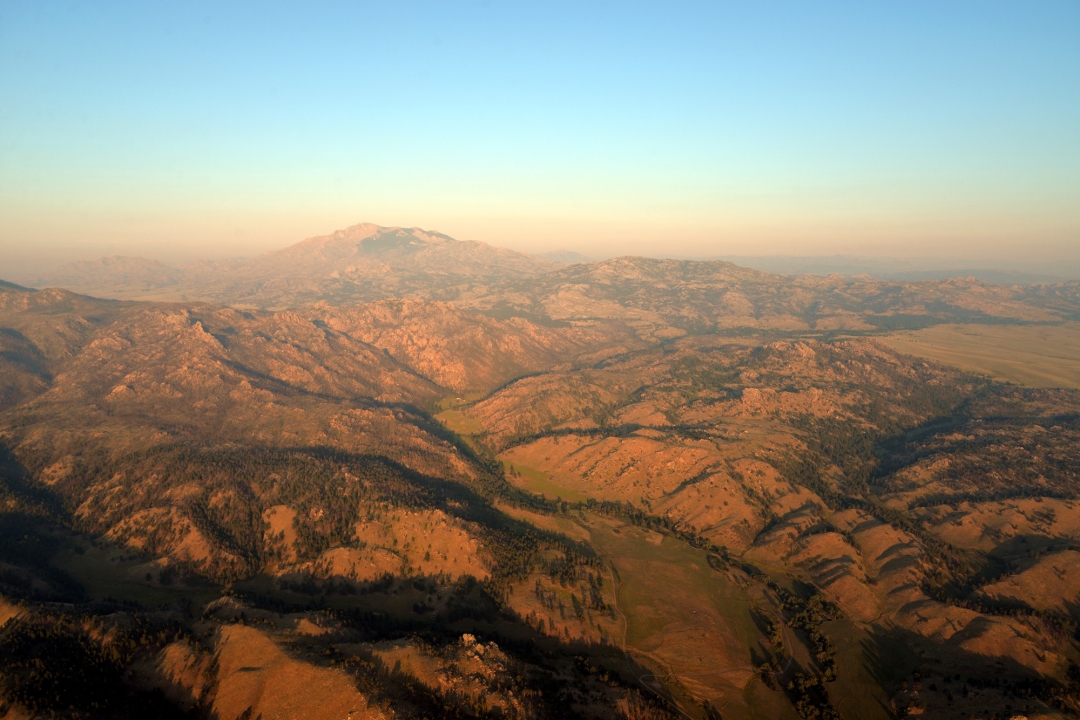 I drove up to Wyoming for a special total solar eclipse fly-in weekend. My fellow paramotor pilots and I were treated to some very beautiful and rugged terrain.

I arrived late Friday night to a camp full of RVs and only 1 group still awake. Wind was dead calm and the milky way was in full view. I snuggled up in the van, woke up a few hours later to hear the wind picking up, and got up at sunrise to see a flurry of activity from the wind socks 😦 so no flying that morning.

Fly-ins tend to be a little slow during the day, and especially less exciting if you can’t fly (as a spectator, or “parawaiting” for the right conditions), so Carie stayed in Denver rather than travel the 3 hours and give up an entire weekend. That said, the organizers did put together a nice “scavenger hunt” of sorts that got us out and about. There were checkpoints scattered through the area that made a 35 mile loop back to camp via the forest and rancher roads, so we got a lay of the land and checked out the local watering hole. 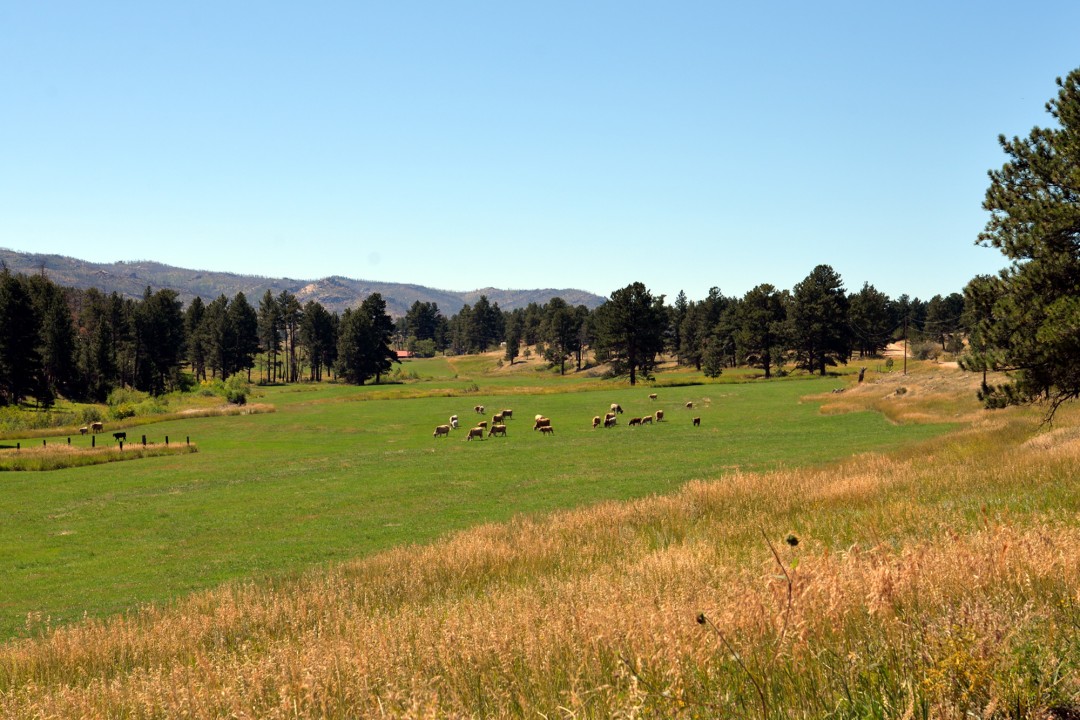 I was listening to a classic rock station and whistling along really loud to Boston, which got the cows attention,

One even made a rude face, 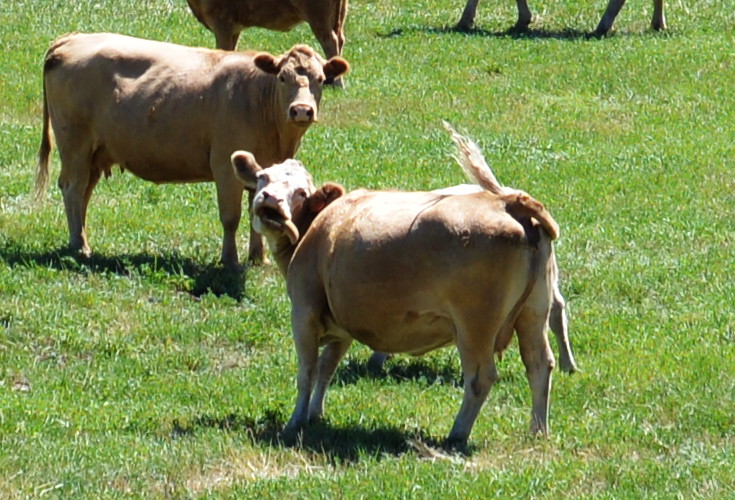 We had an early dinner so we could take advantage of prime wind conditions for an evening flight. I wasn’t in a hurry as the wind was still a little brisk, so I watched the first few guys get ready and take off before heading down to get setup. While prepping my unit, I accidentally flooded the engine… more than an hour later I finally got it running and launched right after sunset for a quick 15 minute jaunt. I was relieved it wasn’t a bigger issue that I couldn’t solve, because we had a really cool cross country flight planned for the next morning.

Morning came and the conditions were perfect. I quickly got setup and launched right after sunrise. I hung around the area before heading out on my own towards our planned rendezvous zone 5 miles away for a cup of coffee.

Our camp below, with Laramie Peak, Albany Peak, and Black Mountain on the horizon, 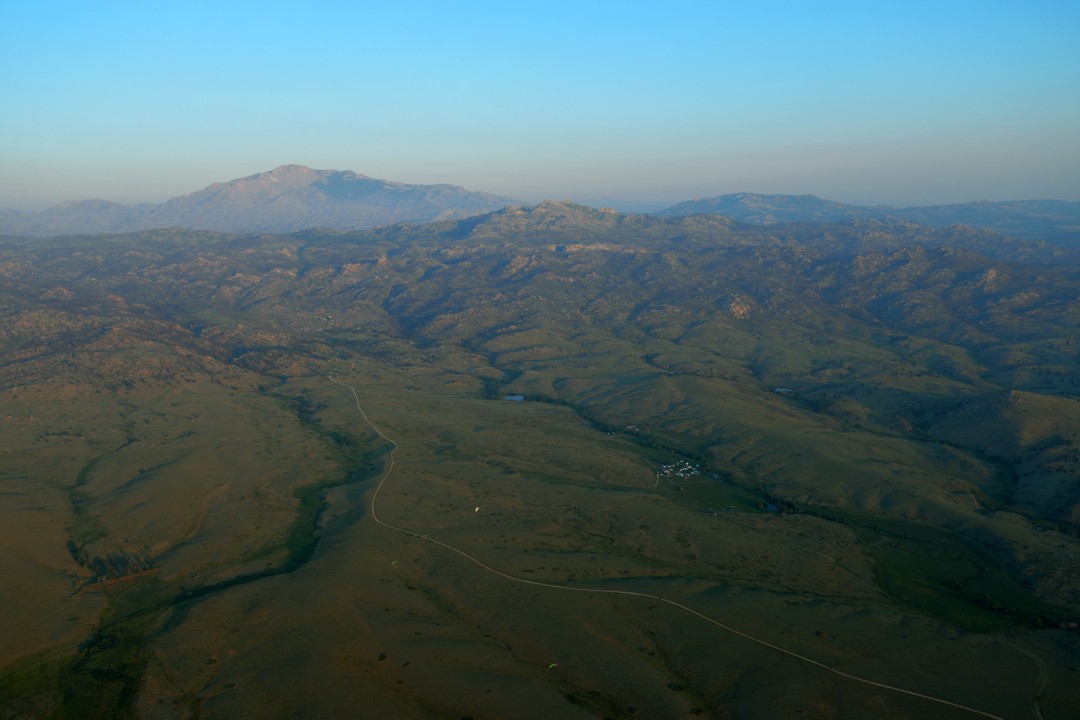 Flying north over the hills and looking west at Laramie Peak,

A bunch of us landed at the rendezvous zone for some coffee and a quick chat with a big group of local folks who came and gathered to check us out. We launched again soon after to head back, but first a few of us circled up to the top of Black Mountain to scope out the fire lookout,

It’s the small building on top the rock to the left,

A lady was on duty and came out to wave hello. By the time I got close enough, she had disappeared. You can see my approach on video around 19 min,

A view from above of the local watering hole we stopped at the day before (Hubbard Mountain Cupboard, light red roof at bend in the road), 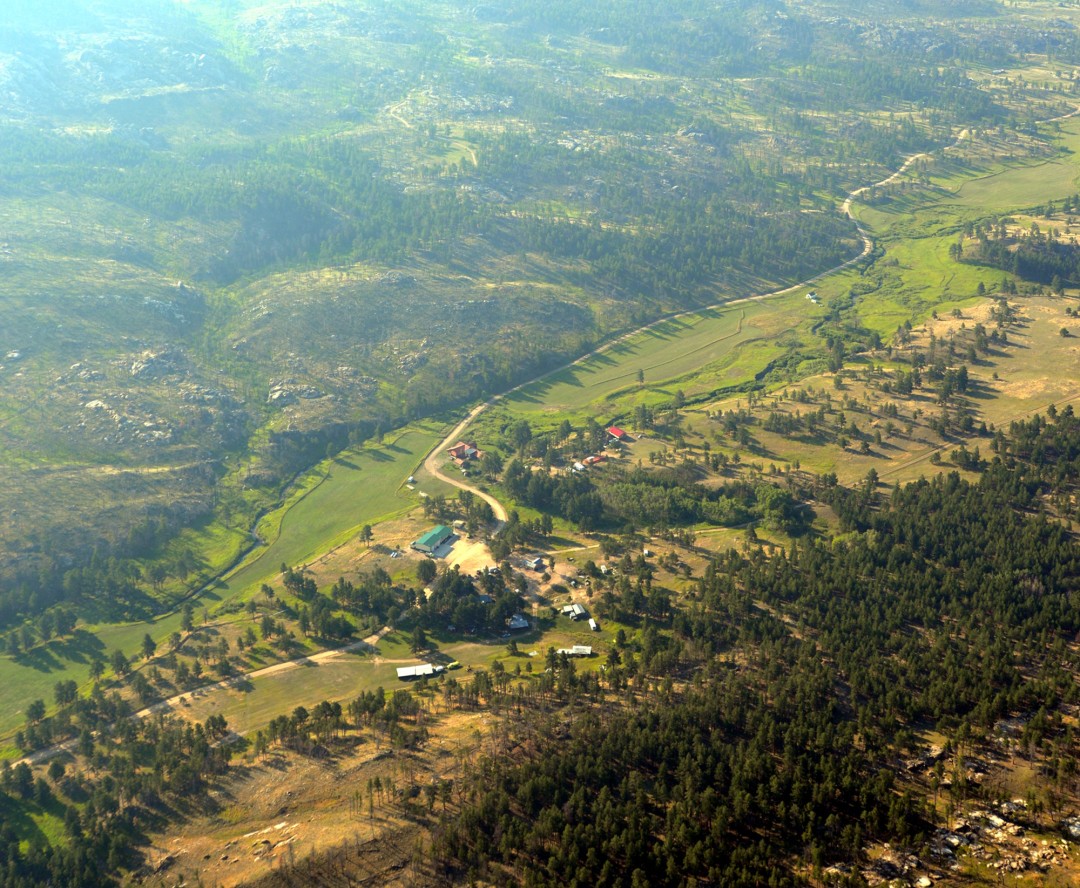 Camp from above. Can you spot Helga in the sea of RVs? 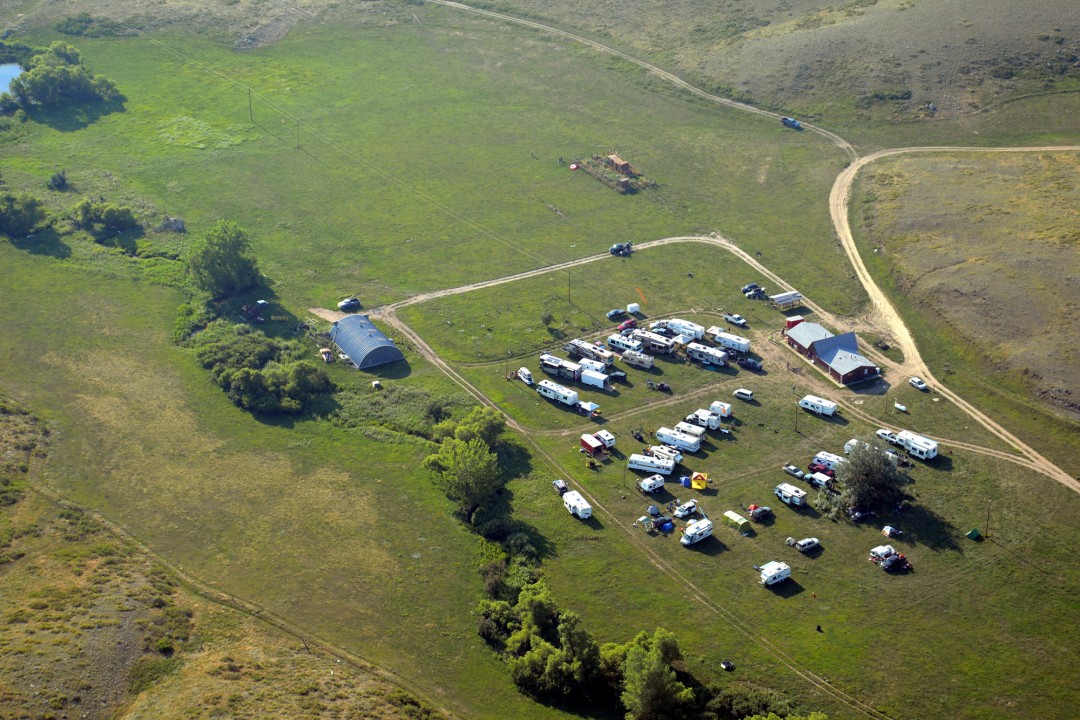