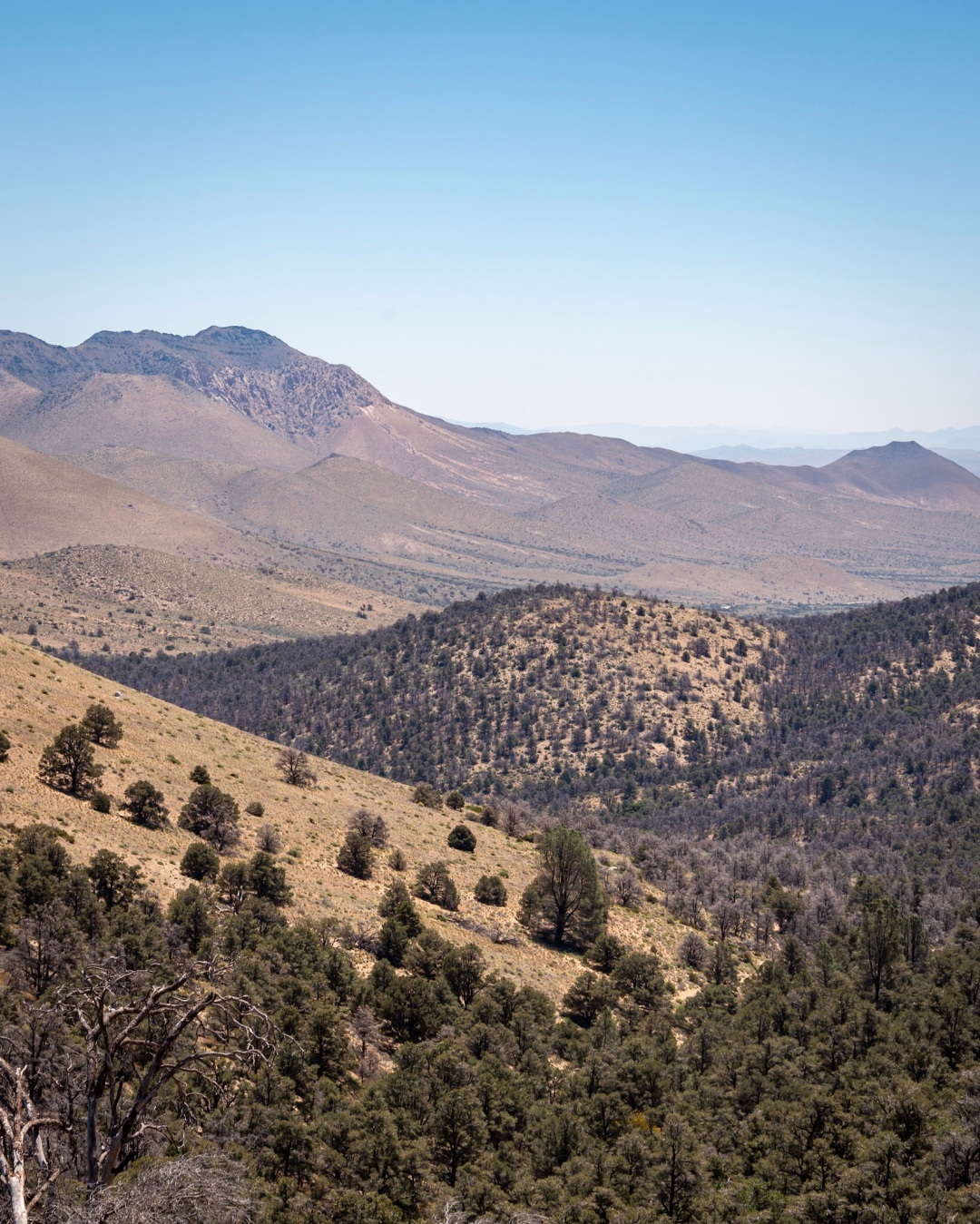 • Turned the alarm off to sleep in, knowing we only had about 8 miles to hike. We took our time and left just before 9am.

• It was pretty much all down hill, we arrived to Walker Pass around lunch. We needed to get off trail and over to Lake Isabella to pick up a bounce box at the post office, so we saved our appetite.

• We tried getting a hitch, but there was a big group of us and nobody was stopping. We walked uphill to the bus stop. We lucked out because the route was running today into town (only M/W/F).

• We got to the top of the hill and saw a car pull over and 2 hikers got out. We recognized them from Tehachapi, and the driver was going back down into town, so 5 piled in, and 3 of us stayed back for another car. The driver called her friend to come and pick us up, so we waited in the shade.

• We thought these drivers were trail angels, but when we got in the car, she started by saying, “so I assume Jill told y’all about the flat rate to Lake Isabella?” Basically, they drive for Uber but like to cut out the middle man for hikers, so we paid $60 cash for the ride (and the ride would presumably be higher via the normal app).

• It was probably worth the money because we went to Isabella first and picked up our packages at the post office, then continued on to Kernville.

• Before we left Lake Isabella, our driver had to find WiFi to download Venmo. She couldn’t get WiFi at a restaurant, so we drove to her house and parked in the driveway so she could setup the app. Her roommate came out and said hi… at this point we’re just thinking about how we could have waited 15 more minutes and rode the bus for $3.

• We rejoined the other 5 at the kernville brewery and finally had lunch. We decided to split a cabin, so we walked down the street and across the river to our place for the next 2 nights.

• We hung out until 830 and then decided to get dinner at an Italian restaurant down the street. We rolled in just before they closed, felt a little bad about that, but they were sports.

Marveling at how the rock formed with these very different layers. Also marveling at the snow capped sierras on the horizon and the soft sloping valleys around us 🙌🏼